Sign up for our newsletter for updates on products, events & more. 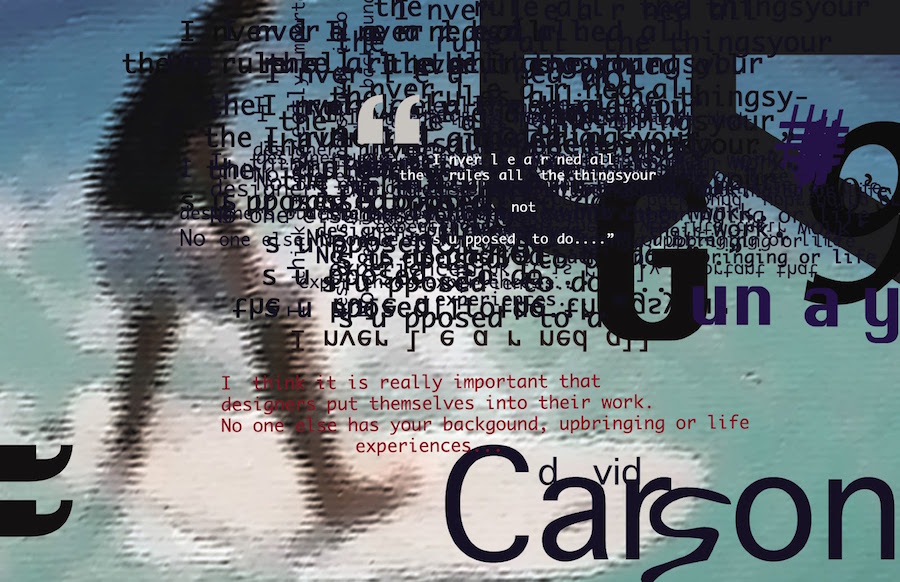 We were extremely excited to have David Carson in the shop today to talk about his life as a surfer and graphic designer. David grew up in Cocoa Beach, Florida where he started riding waves, then eventually becomes a professional surfer and shares his experiences both competing and judging contests in the late 1970s and 80s.

As his professional surfing career started to wind down, David became intently interested in his second passion - graphic design. The rest is really history as David then becomes one of the most famous designers in the world. Apple named him as one of the most influential designers of our lifetime through his work at Transworld Skateboarding, Surfer Magazine, Beach Culture, Ray Gun, and others to name a few.

We hit the ground running in this interview realizing that the conversation was already well underway before we could be bothered with introductions and pleasantries. Kevin and David are in the middle of a discussion about a controversial call during the WSL Trestles event when Gabriel Medina lost to local favorite Tanner Gudauskas.